The Average Girl's "How To" Guide

Advice on how to live a well-balanced lifestyle

How To: Build A Kick-Ass Robot Helmet

On Wednesday night, we launched a new beer for Hop City Brewing – HopBot IPA. It’s pretty freaking awesome – 7.1% ABV, 70 IBUs. And it smells like everything awesome.

Anyway, the logo is a robot, and any excuse to make a robot helmet, well, I’m sure as hell going to take it.

(Disclaimer: It’s a damn good thing no one from work reads this blog, because I definitely didn’t get their permission to post these photos of them looking cooler than cool.)

How To: Pull An All Nighter

Make a weird mistake that’s more just shitty timing than anything, but end up combining an inside joke with one person, with proclaiming just exactly how weird you are in your blog post.

Trust me, you’ll be up all night thinking about what a knob you are.

How To: Be Just Super Weird

If you know me at all in RL (real-life, noobs), you’ll know that I’m just super weird. I’m pretty big on oversharing, and I don’t have a great filter. I figure, if you’re into me when I’m being my level of normal, then at least you won’t be terribly surprised if I’m covering it up, and then all of a sudden one day you hear me talking about ghosts while eating a Hot Rod and wearing short-shorts because they make me feel good.

Anyway, in high school, it certainly got me into trouble. One specific incident was when writing in my Live Journal, I would just rave and rave about this band that Rachel and I were really into, Dharma Love.

Man, those guys were awesome. They were so nice to Rachel and I, and would look excited, rather than creeped out, when we would drive from Fenelon Falls to Uxbridge just to see their shows. Anyway, as you’re probably not surprised, they found out, and it got preeeetty awkward.

Oh God, where am I going with this? Man, sometimes I even forget.

Right – so, the point was, whenever they would do something small, like offer me a wheat stock from the hall where we were watching them play, or look pleased when we rolled up to Tim Hortons with them after the show, it would just fill me with joy. Not even necessarily because I totally wanted to just snog Phil-with-the-nose-ring into oblivion, but just because it’s really nice when someone likes you. Not even necessarily like-like, but just in a friendy kind of way.

So here’s to triple bunk-beds, to morning gossip sessions in hotel rooms, to making robot helmets, to mani-pedis and weird massages, and to just generally having a pretty awesome time at everything lately.

Friend crushes! Go and get one!

OK, so if I put all of my instagram photos on a canvas on my wall, well, my husband would be mad about all the holes in our walls. So I started a new way of using them after printing them out. I’m sure by now a lot of people have heard of smash journals, and it really is the perfect way to keep all your instagram photos in one place and be able to have them forever to show your grandkids (just in case instagram crashes or internet doesn’t exist by then).
Its a simple, easy to do, no screw ups way of scrapbooking, and these books are pre-decorated for our convenience. Here are a few examples of mine: 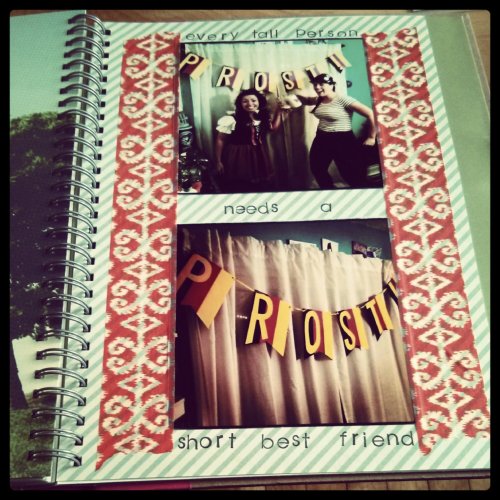 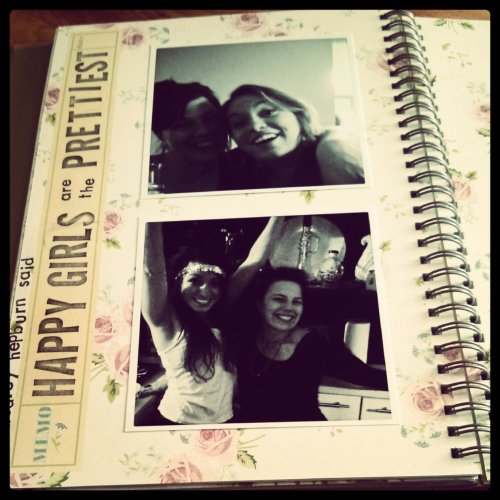 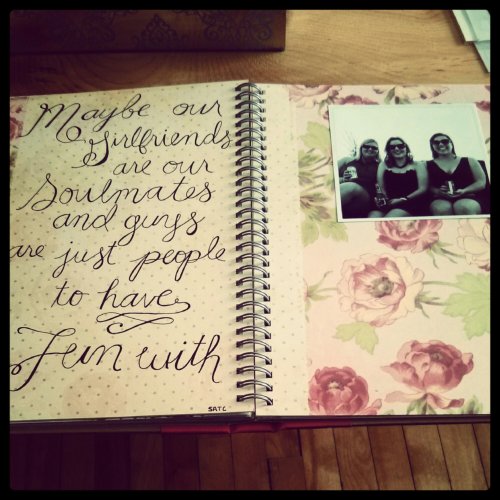 These are from my girlfriends themed book, complete with quotes that I like. Its so easy, a page takes like 20 minutes to do. Journals can be purchased from Michaels and Walmart, or check out the K&Company website: http://www.eksuccessbrands.com/kandcompany/smash/

First of all, apologies for lack of posts lately… It’s like how-to writers block up in here. Secondly, our beefs.

Rachel
My beef this week is poor kijiji etiquette. It really grinds my gears when you email inquiring about something and no one EVER emails you back! Even if the piece is gone how difficult is it to write back ‘Sorry, its already sold’. Writing that right there took about 3 seconds. People don’t have an extra 3 seconds to be courteous to someone trying to help them out by buying their shit? On top of this, their ad will still be on kijiji! And its like, is it still available or did you forget to take it off? Also, if you don’t have a smart phone with your email on it, leave a phone number. Honestly. It is such a great website when used responsibly and respectfully, so lets have a little more courtesy kijiji world. Poor kijiji etiquette… COME ON!

In honour of the Blue Jays home opener tonight, my beef is when you’re at a sporting event, and just really jamming to one of the songs playing, getting right into it. Then, the actual game has to start, and they stop playing the song, often right before the good part. Dude, I was listening to that! Why can’t they just play the music throughout the whole game?! It would really make the whole thing a lot more interesting in my mind.